What I Learned at PowerGen International 2017

This year’s PowerGen was everything you expect a huge trade show in Las Vegas to be.  It was big, all the players were there, and it was all wrapped up in standard Vegas flair.  Booths were handing out branded poker chips and decks of cards as swag, and there were plenty of adult beverages to be had as you walked the show floor.

Since the show took place in December there weren’t any outdoor booths, which I was grateful for. It was all contained in one enormous room, and you could walk the whole floor in one day if you put your head down and hustled. 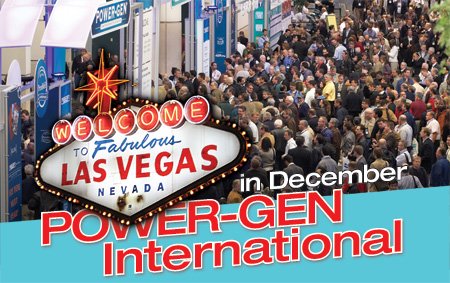 But we noticed there was something a little different about this year’s PowerGen when we sat down and compared it to last year’s show in Orlando.  The number of booths was down slightly, and the number of people walking the show was much more palpable this year.  But neither of those things were problematic.  It was actually very nice.

The somewhat slower pace of the show made for a lot of great conversation with exhibitors, and it allowed for business to be done.  At first, I thought exhibitors would be frustrated by the lack of break-neck speed, but the more folks I talked to the more they reiterated how the slower pace allowed real business to take place.

Reflecting on the show after getting home, I realized that this show allowed me to have real relationship-building conversations with a handful of customers I’d never seen face-to-face.  We shared hunting photos and stories about our kids while kicking around ideas for new ways we could collaborate on projects.  As a marketing guy, this is the only way to truly get to know what your customers need.

I’ll make sure to book travel to all the over-crowded enormous industry shows as they are added to the calendar, but I’m hoping I’ll get to attend more shows like this one soon, as well.  There’s nothing more professionally rewarding than meeting a customer on a human level and being able to talk business and personal life in the same conversation.