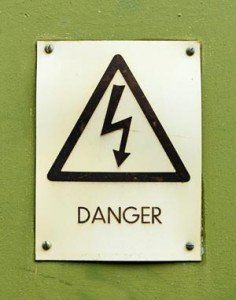 When telling our customers about our anti-static fan impeller blades many don’t know why anti-static is an important detail. It’s actually a pretty simple explanation, and we’re all about educating fan buyers about the most effective and safe options for their cooling application, so here’s a quick tutorial on the role of anti-static fan blades in the cooling industry.

The importance of anti-static blades comes down to the issue of safety. Static electricity is created when there is movement between two or more non-conductive materials. In the case of a fan, friction between the fan’s blades and molecules in the air can create a static-electric charge.

The presence of static electricity is a major safety issue in work environments that include combustible gasses where a spark would be incredibly dangerous. So, anti-static impeller blades have become a standard option in the custom fan industry. By mixing carbon into the nylon or glass reinforced polypropylene the blades become anti-static.

“Air movement is essential in innumerable industries,” said owner of Breeza Fans Mike Fehlhafer, an industry innovator since 1995. “Especially in industries with dangerous gasses that need to be cleared from an area. We’re glad we can provide a safe way to do this.”